How to fix iphone stuck on apple logo? Here are 3 simple solutions.

1. Why your iPhone won’t turn on and is stuck on the Apple logo?

There are a few reasons why your iPhone might get stuck on the Apple logo. It could be a software issue, a hardware issue, or a problem with the battery.

If you were in the process of updating your iPhone’s software and the update failed, it could cause your iPhone to get stuck on the Apple logo.

If you recently jailbroke your iPhone and it’s now stuck on the Apple logo, it’s probably because of an error with the jailbreak process. Jailbreak is not recommended and can cause serious problems with your iPhone.

If you were trying to restore your iPhone from a backup and the process failed for many reasons like disconnecting with the computer or internet, it could have caused your iPhone to become stuck on the Apple logo.

Drops and accidental falls are the most common cause of hardware damage to iPhones. If you’ve dropped your iPhone or otherwise damaged it, there’s a chance that some of the internal hardware might be damaged as well. This can include things like the logic board, the processor, or even the screen. In some cases, this damage can cause your iPhone to get stuck on the Apple logo when you try to turn it on.\

2. Here are 5 common ways to fix an iPhone that’s stuck on the Apple logo:

If your iPhone is stuck on the Apple logo during startup, you may be able to fix the problem by force restarting your device. A force restart can resolve a variety of software issues, and it is often the first step you should take when troubleshooting a problem with your iPhone. To force restart iPhone X and later models, simply press and release the volume up button, press and release the volume down button and press and hold the Sleep/Wake button until you see the Apple logo appear on the screen. Once your iPhone has restarted, it should begin to boot up as normal. If it doesn’t, you may need to try a more advanced troubleshooting method.

If a force restart doesn’t fix the problem, you may be able to resolve it by restoring your iPhone using Recovery Mode. This will erase all the data on your device, so you should only use this method as a last resort. To put your iPhone into Recovery Mode, connect it to a computer running iTunes and follow these steps:

1. Press and hold the Sleep/Wake button and the Home button at the same time.

2. Keep holding both buttons until you see the recovery mode screen appear in iTunes.

3. Once your iPhone is in Recovery Mode, you can use iTunes to restore it from a backup or set it up as a new device. Here at the iPhone repair store, we understand how frustrating and even scary it can be when you think you’ve lost all your data. We’ve been repairing iPhones for many years, and in that time, we’ve seen it all. We know how important your data is to you, and we’re committed to helping you get your iPhone back up and running without any data loss.

So if you’re experiencing this issue, do not try restoring the phone, and don’t hesitate to bring your phone into our store. We’ll diagnose the problem and let you know what options are available to you, including data recovery. We also offer a wide range of other mobile phone repair services, so if you’re having any other problems with your iPhone, we can help you with that as well. We’re here to help, so please don’t hesitate to contact us. How To Keep Your Phone Screen in Good Condition

We all have experienced that terrible moment where you accidentally drop your phone. Here are some tips to keep your phone screen in good condition. 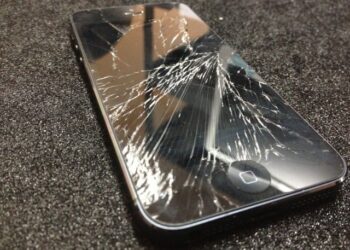 How much to repair a phone screen near me?

if you’ve got a cracked phone screen, don’t wait to get it repaired. We do all types of mobile phone repair and have the cheapest phone repair prices in Springvale. 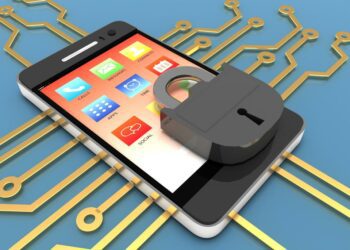 Is it safe to give a phone for repair in Springvale?

When you think about mobile phone repairs, it’s important to consider the potential risks involved such as damaging during repair or data compromise. With us, your data will be handled with the utmost care and respect and we’re committed to keeping it safe!

The prices displayed on our website are always up-to-date  and price matching is available. If you need help with anything, just chat!